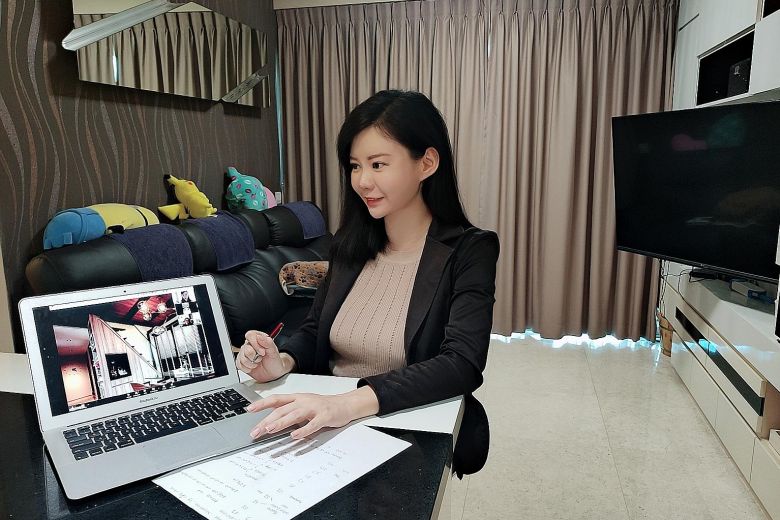 Huttons Asia property agent Charlyene Choo, 35, conducting a virtual viewing of a three-bedroom condo unit in Sengkang for a potential buyer. She has conducted at least five real-time viewings through Zoom during the circuit breaker period.PHOTO: COURTESY OF CHARLYENE CHOO

In August, Mr Fawzi Jaafar will step into the three-room Housing Board resale flat in Ang Mo Kio, which he bought last month, for the first time. The bus driver and his wife decided on the $230,000 resale unit after watching a pre-recorded home tour video shot by the seller.

Like Mr Fawzi, some house hunters have relied solely on virtual viewings to inspect potential homes before buying them, as circuit breaker measures that are in force till June 1 prevent people from viewing houses in person. The restrictions, which have curbed in-person home viewings, contributed to a plunge in the number of HDB resale flats and private non-landed homes sold last month.

Just 423 HDB resale flats changed hands in April, a 78.3 per cent drop from March numbers, according to estimates from real estate portal SRX released on May 8. This is lower than the 2,160 flats resold in April 2003 during the severe acute respiratory syndrome outbreak.

Likewise, condominium and private apartments resold last month dropped to 309 units from 723 units in March, according to estimates from SRX. Mr Fawzi and his wife had looked at photos and videos of more than 20 properties since late last year. By the time they decided to shortlist potential homes, the coronavirus had broken out and they could no longer view houses in person.

As the couple were urgently looking to move out of their rental HDB flat in Marsiling, their property agent, Ms Susan Mariam from OrangeTee & Tie, suggested shortlisting their options through virtual viewings during this period. Said Mr Fawzi, 40: "We liked what we saw in the video and had a good feeling about the unit, so we decided to go for it." The flat had fulfilled his two main requirements - it is within his budget, and needs minimal renovation.

Property agents typically set up a videoconference call on platforms like Zoom, where the seller does a walk-through of his home in real time while the agent introduces the home to the potential buyer. Alternatively, the seller can shoot a video home tour to send to the buyer. Huttons Asia property agent Charlyene Choo has conducted at least five real-time viewings through Zoom during the circuit breaker. She sold a new condominium unit in Tampines last month, after her buyer viewed it through a 3D walk-through virtual showflat - the first such sale in her nine-year career.

"In the beginning, even us agents didn't believe it was possible to sell a house entirely online. But... if agents are fully prepared and can address all of the buyers' concerns, there's really no reason why they cannot buy online," she said. Property agent Brandon Zheng from ERA Realty said prior to the circuit breaker, most house hunters were already relying on videos and photos as a primary filter before deciding whether to physically view a unit. The main difference is this is the only option available now. Mr Zheng, who has six years of experience, acknowledged that purchasing resale units without an in-person viewing is not for everyone.

"Property is about having the touch and feel; it's about how the buyers feel when they first step into the house. Some want to know... whether the unit feels hot or if you can hear traffic noise," he said.

He has sold three HDB resale flats during the circuit breaker period, of which one was transacted after the buyer watched a pre-recorded video of the flat. "If the buyer is urgently looking for a unit or is already planning to do major hacking, then they could be more willing to take the risk," he said.

Content strategist Wang Liwei bought a four-room HDB resale flat opposite Holland Village, after watching a home tour video of the unit posted on YouTube last month. The 35-year-old bachelor had viewed three other HDB units - two in person and one online - before settling on his final choice, which "is in a good location and has a view, which are my main criteria".

Real estate professor and director of the Institute of Real Estate and Urban Studies at National University of Singapore Sing Tien Foo said the circuit breaker has intensified the use of virtual viewings, as people observe safe distancing rules. Virtual viewing practices will likely continue in the post-Covid-19 period, he added. "Singapore's buyers are quite used to buying houses off-the-plan and are more receptive to virtual viewings for new developments (still under construction)."

But he believes home viewings will return to normal after the circuit breaker, especially for resale properties. "Agents may find it more effective through face-to-face interaction... and the personal touch is hard to be replaced by the virtual tool," he added.

BEFORE THE VIDEO CALL:

• Send clear, high-resolution photos of your home, along with the floor plan, to the buyer to help him get a sense of the unit.
• Declutter and clean your home to make it look neat and tidy. Toilet bowl covers should be placed down, beds made and laundry kept.

DURING THE VIDEO CALL:

• Hold your phone in landscape format. Throughout the call, hold it steadily and move slowly to avoid distortion or screen lag.
• Start from either below the block or at least from the lift landing on your floor to give the buyer a sense of the surroundings.
• Start with the living room, then the master bedroom and go on to all parts of your home, including the storeroom and service yard.
• When doing the walk-through, stop and show off the best parts of your home. For example, open the kitchen cupboards to show how deep they are.
• If the Wi-Fi signal at home is weak, consider switching to 4G. 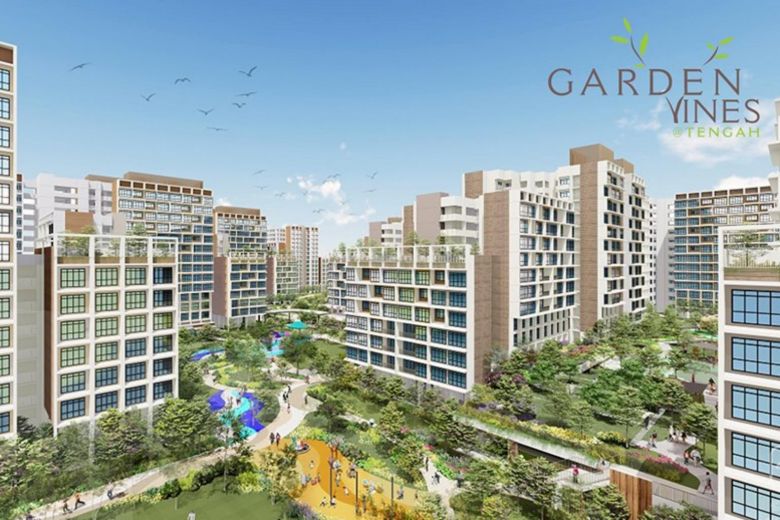